The iterative approach proposed by Eurodecision was exactly what Geneva Airport required. Good working relationships were built over our many discussions and the final product is the closest possible match to the users’ needs. If asked, I would choose trust and credibility as the watchwords for this project.

The tool is a big boon to us. We now have an optimized schedule three times faster than in the past. The shifts are much more even-handed and the team schedules are more fairly distributed.

In 2011, Geneva Airport registered high growth. The aircraft movement forecasts (take-offs and landings) for the coming years were rising and this momentum was taking its toll on the organization of passenger services and airlines.

Against this background, the airport’s Operations Department had to deal with a sharp rise in traffic levels and particularly an increase in the Runway Staff’s bus missions, which entail conveying passengers between the terminals and the aircraft parked at remote hardstands.

To meet growing demand, Runway Staff team numbers were increased and thus were beset by planning difficulties. Existing shifts were increasingly at odds with the airlines’ demands, while staff members’ discontent over schedule inequities burgeoned.

The Operations Department made a start on revising its Runway Staff schedules by calling in outside experts. It enlisted the services of Eurodecision, the human resources planning specialist with renowned expertise in the airport sector.

Eurodecision proposed a staged approach. Its relevance persuaded the project managers to accept it following the initial on-site audit phase in 2012.

During the study phase the Eurodecision experts familiarized themselves with Geneva Airport’s specific organization rules, and invited staff representatives to attend task group sessions to gather their opinions on the existing shift allocation. Then, using its workday building (LP-Shift) and shift planning (LP-ShiftPlanner) components, Eurodecision carried out simulations to identify the types of shifts and set appropriate rules to build schedules that matched regulatory constraints while reconciling customer demand and staff wishes as far as possible. As the simulations showed that greater stability in staff schedules would be achieved by recourse to only ten types of different shifts that course of action was approved.

Then Eurodecision developed a nominative planning application incorporating its LP ShiftPlanner optimization engine in response to the Runway Staff’s desire to acquire a tool. During the first few months of testing by the shift manager in its initial IATA season, the new schedule building tool was fleshed out and tweaked to make allowance for the expressed demands for change and to integrate additional planning rules.

Now the application is used on a daily basis by the planner who can manage the staff shifts with precision, reschedule shifts in the event of unforeseen events, make his own simulations with ease and obtain accurate traffic indicators. During the 2015 winter season, Geneva Airport witnessed a clear improvement in the even-handedness of the Runway Staff schedules despite having to absorb the sharp rise in shuttle bus journeys.

The responsiveness from the Eurodecision experts in handling our demands for change was first-rate. Furthermore they are consistent give us valuable insight. Working with them is really enjoyable.

Having demonstrated its capacity to manage the airport’s most complex shift schedules, Eurodecision was subsequently commissioned to identify the needs arising from the construction project of a new wing for long-haul flights. High-capacity airliners flying international routes will be unable to park close in once construction works start on the East Wing in 2016. Geneva Airport has commissioned Eurodecision to calculate the future vehicle and staff needs to ensure that boarding and disembarkation over the four years of construction are feasible. The activity models produced by the planning consultants have justified the Operations Department’s demands for material investments and express its human resources needs accurately for the coming year. These are difficult estimates to make without the help of simulation tools.

While Eurodecision is currently giving guidance to Geneva Airport’s Surveillance Service in overhauling its schedules, it is still involved in the life of the Runway Staff. Every six months its teams embark on a post-analysis of the actual schedule and shuttle bus mission data. This data compared with the forthcoming flight programme are used to assess the increase in traffic for the next IATA season, and make recommendations on the workload volume to cover. As these studies are too sporadic to warrant the acquisition of a dedicated tool, Geneva Airport prefers to outsource them to Eurodecision’s experts who offer the same level of responsiveness every time. 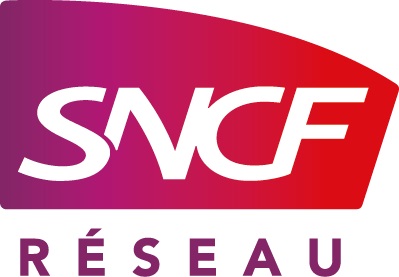