Planning the production of orders for medication

We realized that the Eurodecision experts knew their subject inside out from our very first discussions. While they were not fully familiar with our pharmaceutical business, they impressed us with their knowledge of supply chain issues. We worked very well together, as they proved to be excellent listeners and took account of the PCS operational teams’ needs. We decided against embarking on a complicated computerized solution and Eurodecision came up with a proposal that did not turn our IT organization upside down.

In the old days, we tried to regulate our activity, adapting it in our heavy-handed way to the circumstances as well as we could. The Eurodecision engine gives us peace of mind as it takes 95% of the difficulty on board, leaving us to work on the finer details and the technicians to concentrate on the technical issues that they alone are in a position to solve.

OCP Distribution, No. 1 in the French pharmaceutical distribution sector, supplies retail chemists and hospital pharmacies with medication. Every day, OCP distributes 2 million boxes of medication from a range of 35,000 items to 16,000 customer pharmacies.

In 2014, OCP joined the McKesson group, one of the global medication logistics leaders, which prompted the firm to reorganize its supply chain operations. The medication market regularly comes under pressure as laboratory production glitches have international knock-on effects on product availability, so it is essential to be as efficient as possible to mitigate the impact of stockouts on upstream supply chains.

OCP opened an inventory centralization and synchronization platform (PCS) in 2016 at Baule (Loiret) for these reasons. The 48,000-m2 site’s logistical functioning is one of a kind in the European health sector, boasting leading-edge technology with 7 km of automated conveyor belts. This national hub now centralizes up to 70% of the product volumes that the distributor handles. Instead of delivering once a week to each OCP pharmaceutical establishment, the 600 laboratories can now deliver their medications every day directly to PCS. The healthcare products are then distributed between the network’s 39 establishments, before being routed to dispensaries within a maximum of 48 hrs.

Inventory centralization led to establishing a highly responsive logistics organization and more evenly spread product availability across France while reducing the laboratories’ carbon impact by an average of 35%. Nonetheless, the PCS teams had to cope with enormous supply fluctuations intended for pharmaceutical establishments. Daily throughput varies from 1.4 to 2 million units, with resulting difficulties at the PCS and the establishments in absorbing peaks of activity.

As the SAP management tool used by PCS for day-to-day activity planning from incoming orders had no product flow smoothing feature, the Supply Chain Division put out a tender to find a solution in 2021. Eurodecision’s proposal to design a capacity planning engine connected to the OCP IT system struck a chord with the Division.

Once the scheduling teams’ requirements and expectations had been compiled, Eurodecision’s algorithm experts devised a bespoke solution that made allowance for all OCP’s capacity constraints (PCS order preparation capacity, delivery truck fill rates, the establishments’ goods inwards constraints, and so on) to define the morning’s potential list of splits to be made between the SAP-generated orders.

OCP rolled out the solution networkwide at the end of a 3-month pilot phase that was used to adjust the computation engine’s settings and validate its performance over 6 typically sized centers. Thus, since January 2022, the decision support tool has been integral to the pharmaceutical distributor’s operational organization and drives capacity planning flexibly. Every morning, the technicians have the list of orders that can be filled during the day, and those that require arbitrage prior to validation at their fingertips. The shipment of non-priority orders – that meet the conditions for being “split” – can then be postponed to the next day or two days later, without compromising productivity.

With the help of the Eurodecision tools, the PCS teams can offer the establishments better service, which streamlines distribution to dispensaries and improves the availability of medication for patients. Incidentally, the tool has reduced OCP’s transport costs, by contributing to optimizing truck fill rates at the platform, clearly enhancing its carbon balance.

The OCP Distribution’s Supply Chain Division was very satisfied with the Eurodecision engine from the initial months of use, and has already called on the Eurodecision teams to integrate new developments and tweak the engine to offer an even closer fit to its operational needs. 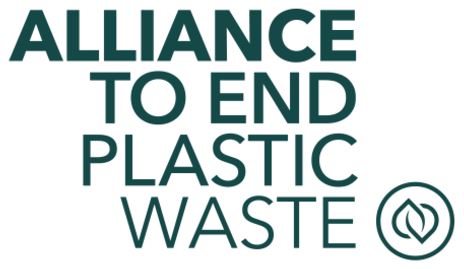 Planning the production of orders for medication

Nominative scheduling of small teams at points of sale

Implementation support for revenue management with the QRUSH solution