Implementation support for revenue management with the QRUSH solution

The Qrush platform, dedicated to outdoor accommodation, rolled out and the management team supported

When the project kicked off, we knew nothing about revenue management, algorithms or dynamic pricing. They came as quite a “culture shock”, but the Eurodecision expert talked to us at our level and was very instructive and patient. The team always listens closely to us and really tries to meet our requirements. Now, Qrush means more than a software program to me, it’s my daily dashboard. I use it to analyze the trends and anticipate bookings. So I’m delighted and thrilled that we chose the Eurodecision solution.

The family group Les Méditerranées, founded in 1976, manages three 5-star seaside campsites, at Marseillan (Hérault). At the height of the summer season, the 2,000 camp pitches, including 1,200 upmarket rental units, accommodate around 10,000 vacationers per day.

Jean-Marc Bardou, the proprietor, decided to revert to independent operation in 2011 having been part of the Yelloh Village outdoor accommodation network for several years. He planned to reinvest the membership fee in his own marketing and communication operations, with the particular aim of taking back control over pricing policy. After analyzing booking records and occupation rates, Les Méditerranées devised its own price schedules in-house using Excel for a few seasons.

However, although competitive intelligence confirmed that neighboring establishments applied similar rates and that the financial targets were being met, this task took up about 1½ months of work every year. Also, he wanted to take business innovation to new heights by implementing revenue management, a marketing strategy whose use is in its early days in the outdoor accommodation sector.

As a result, Les Méditerranées called on RM Camping in 2017, a revenue management consultancy specializing in the outdoor accommodation sector, to analyze its business and devise a pricing schedule. Its recommendations for the following season turned out to be very similar to its own line of thinking. However, the consultant took just a few days to produce a relevant pricing schedule primarily because she used a management and optimization tool.

This experience encouraged Les Méditerranées to hone its revenue management skills. After receiving incidental support from RM Camping during the 2018 season, the group decided to purchase a dedicated solution and keep the pricing schedule creation task in house. RM Camping advised the group, whose management chose Qrush, a tool developed by Eurodecision, the algorithm expert and frontrunner in the revenue management application for campgrounds.

Following bespoke training, Eurodecision helped Les Méditerranées configure Qrush, to narrow down its dashboard indicators to the most relevant for the users (e.g.: state of sales, occupation rates, REVPAR, build-up of bookings, etc.). Then, gradually as its skills improved, they mastered all the features and made more comprehensive use of the solution.

In no time, Qrush became the main tool used by Les Méditerranées management to continuously analyze its business and monitor its three establishments’ booking in real time. It forms the backbone of its weekly sales meetings, as it exposes trends (e.g.: early vs. last-minute bookings) and it is a valuable tool for making marketing decisions (e.g.: price adjustments, promotional campaign launches for products, etc.) and maximizing the revenue from the accommodation.

Qrush has also led to substantial time savings. It now takes only one week to design the reference pricing schedule, which prompted the management to move on to dynamic pricing in 2020. By way of illustration, while in the past the rates were set for the whole season, they were changed 5 times during the 2021 season, and thus contributed to a more than a 10-point rise in like-for-like sales between 2019 and 2021*.

These particularly positive results strengthened Les Méditerranées business strategy, while user satisfaction convinced it to renew the Qrush license contract through to 2024, which will enable it to take advantage of the developments currently being worked on by Eurodecision’s experts.

* The Covid-19 health context disrupted the season in 2020, thus the season is not used as a reference year. 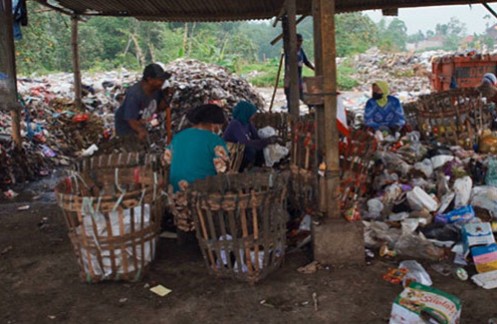 ALLIANCE TO END PLASTIC WASTE (AEPW)
Together with local teams, the mathematics experts pinpointed the optimal location of the treatment sites [...] to minimize flows on the network and to comply with sector constraints.
More details 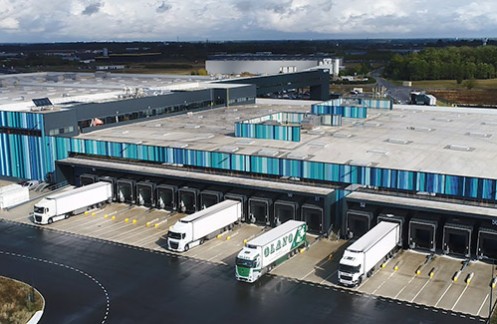 OCP REPARTITION
[...] As the SAP management tool used by PCS for day-to-day activity planning from incoming orders had no product flow smoothing feature, the Supply Chain Division put out a tender to find a solution in 2021. Eurodecision’s proposal to design a capacity planning engine connected to the OCP IT system struck a chord with the Division.
More details