Modeling and optimizing the logistics plan

to redesign its national operational plan

Our relations with EURODECISION were very constructive. The team fully understood the complex nature of our business and gained a comprehensive grasp of what was at stake. We felt that we were in safe hands and as the process was phased, we had excellent project visibility.

By providing a quantified, well-founded solution, the EURODECISION tool enabled us to objectify our choices when awarding contracts and thus to be economically sensible.
Loup ARANDABusiness Tender Manager, ECO-MOBILIER

The ECO-MOBILIER eco-organization was set up in December 2011, on the initiative of 12 manufacturers and 12 distributors of furniture. It is accredited by the French State to manage all discarded furniture collection, sorting, recycling, and energy recovery and to encourage its re-employment.
It has just 5000 collection points in France (public sorting centers, solidarity-based social economy platforms, voluntary distributors, and professionals) where dedicated containers are placed for furniture waste. In 2018, almost 700,000 tonnes of old furniture were collected and sent to 250 sorting centers before being transferred to recycling or waste-to-energy facilities (e.g. for conversion into fuel).

This collection was initially organized within individual geographical departments. ECO-MOBILIER wanted to take advantage of the simultaneous expiry of various contracts to revise its operating structure nationwide. Thus, in December 2018, the eco-organization put out a call for tenders to reassign the collection, sorting and preparation contracts for furniture waste starting in January 2020.

This ambitious project called for an in-depth study of the many bids submitted by the waste operators. ECO-MOBILIER wanted to have a tool that would enable it to evaluate and analyze the bids, ensure that the new structure would be economically optimized and meet the operational structure’s regulatory (e.g. 50% minimum recycling rate) and technical constraints (e.g. waste processing capacities). The eco-organization called in EURODECISION the decisional support specialist for guidance, to design a modeling tool that would include optimization algorithms.

During the preliminary discussions, the optimization experts manifestly gained full insight into ECO-MOBILIER’s operating structure and constraints. In the space of a few weeks, they built a robust model that could map the existing structure and visualize all the proposal data submitted by the service providers (such as flows, volumes, operating modes, costs, and performance).

The ECO-MOBILIER users adopted the tool as the project progressed. By varying the model’s constraints and comparing the offers against each other, they analyzed over a hundred scenarios effortlessly and identified their impact on the overall network. The tool was also used as the basis for discussions during trade negotiations with the various waste operators.

The contracts were awarded at the end of 2019 and the new national operating structure was rolled out on 1 January 2020. Apart from the economic performance that the network redesign established, the new organization reduced the distances travelled between the collection points and the sorting and recycling centers by 25%. ECO-MOBILIER now plans to use the tool regularly to test new scenarios and steer the operational structure as unknowns occur, and may have to call on EURODECISION to expand and develop the solution further. 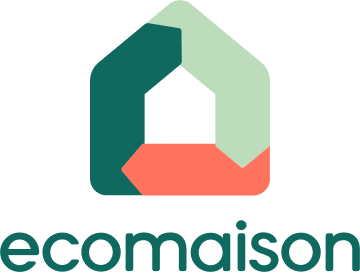 Modeling and optimizing the logistics plan