The excellent functional expertise of the EURODECISION engineers and their knowledge of AIR FRANCE’s business have enabled us to build a relevant model that accommodates the complexity of cabin crew roster planning.
Christophe ResselOperations Research Group Manager - AIR FRANCE

Building cabin crew rosters can be fraught with major economic and labor issues for the AIR FRANCE airline. The business must be organized to run smoothly and at the same time ensure that flight attendants’ working conditions are motivational.

AIR FRANCE has very sophisticated planning tools for this complex process that draw up schedules reconciling occupational regulations with even-handed staff treatment. The flight attendants can submit their requests for new arrangements to their scheduling officers who will search for compatible rosters with a view to swapping with other crew members. This is a particularly complex task given the high number of flight personnel and multiple scheduling constraints.

AIR FRANCE’s Operational Research Group developed its own roster swapping tool for long-haul flight personnel use to assist in accommodating their personal preferences. When the design of a similar solution was mooted for use by the 3 500 medium-haul flight attendants, AIR FRANCE called in EURODECISION because its decisional mathematics experts have been working closely with the airline for many years across all the occupational areas.

Medium-haul rosters are harder to manage than their long-haul counterparts because they are organized as blocks of several flights and thus require a more advanced swapping tool. The project team developed an optimization module based on sophisticated algorithms that could factor in all the constraints – regulatory, contractual and economic. Every day this particularly powerful tool calculates the possible roster swaps between all theoretical schedules three days in advance through to the end of the month, i.e. several hundreds of thousands of combinations.

Once their rosters are published, the cabin crews can access the list of compatible rosters at any time via a web interface for potential swaps. They then make the swap request online, and if it is accepted by the second attendant, the global scheduling tool updates the rosters instantly.

Apart from giving flight attendants greater freedom in managing their roster swaps, the optimization tool relieves scheduling officers’ workloads, leaving them to concentrate on other tasks and allowing crews to manage their demands themselves in a totally transparent way for the airline.

AIR FRANCE has seen for itself the burgeoning use of the tool by the medium-haul cabin crews since it was launched in November 2015. The solution is now being used by hundreds of flight attendants to swap rosters every month. 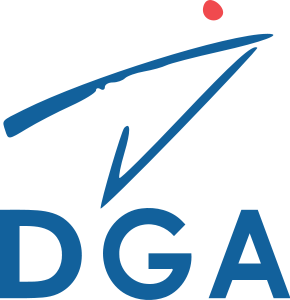 Optimize the deployment of military forces by air