incorporation of the decision engine in the PREDIABAID smartphone application, selected by a network of American clinics for a trial on 50 subscribers

My initial misgivings that the AI part of our project would be hard to put into action were dispelled. I was amazed at how “naturally” the EURODECISION engine was implemented. That is down to the quality of EURODECISION’s teams and management. 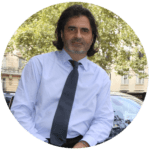 MELSAO, founded in 1999, wanted to develop an electronic coaching application to let the maximum number of people benefit from the prediabetes risk management program developed by Dr. Reginald Allouche, a diabetes specialist and engineer. Diabetes is a chronic disease that has no cure, but it can be prevented if brought under control at the prediabetes stage. Type 2 diabetes prevention necessitates lifestyle changes which form the main obstacle.

After drawing up an initial functional document and ensuring that automation of the health program devised by Dr. Allouche was feasible, the MELSAO team asked investors to fund its project. Then it searched for a company specializing in business rules management systems and constrained optimization to help it develop a decision server for its smartphone application. MELSAO approached 5 companies and were swayed by the technical skills and proposals put forward by the EURODECISION engineers. The two companies started working together in spring 2015.

For almost 6 months, the MELSAO and EURODECISION teams worked very closely together to develop a sound base of business rules based on the Drools open-source BRMS to manage the various steps of the health program. Agile process management was adopted, which eased discussions and expedited responsiveness during the various development steps.

The first part of the project involved developing a question-based test to determine whether the candidates for coaching were eligible for the program. It must be borne in mind that the program is unsuitable for certain categories of individuals (expectant mothers, children, confirmed diabetics and so on), thus it is important that the system identifies them early on.

Eligible individuals choose one of the proposed subscription plans and download the smartphone application called PREDIABAID, which triggers the creation of the subscriber record. The coaching program lasts an average of about twelve months and comprises:

At the same time, the subscribers regularly transmit the data via the user interface or connected objects supplied with the subscription (impedance measurement scales, glucometer, activity tracker) which is analyzed every day or week so that the workout plan can be adjusted if needed.

The decision engine has been up and running since the end of 2015. It was then integrated into the smartphone application, whose HMI was developed by the EUTECH IT consulting company. It continues to evolve and grow as new issues are detected. Thus it was important for MELSAO to become self-sufficient in publishing and adding business rules and be able to adjust the system quickly in response to the results. The EURODECISION assignment continues today in the form of support and advice in addition to BRMS training.

PREDIABAID was officially launched in the summer of 2016, and was selected by a network of American weight-loss clinics. The group conducted a 3-month trial on fifty subscribers, before deciding to include all its patients. If the first positive feedbacks are consolidated and these clinics adopt the application, it will boost MELSAO in its development project for the US market where the number of prediabetics is continually rising… For the record, 87 million Americans are prediabetic.

Whatever happens, at the end of the test phase, MELSAO will make an in-depth analysis of the user data to gain a detailed vision of how the application is used and possibly come up with new developments. Other features could be added to the product to improve subscriber support (e.g.: automatic transmission of the list of menu ingredients to meal delivery services, etc.). The system could also be adapted to prevention work on other diseases.

Optimization of production launch and distribution of industrial gas

Optimization of the distribution network for the catering industry